The province of North Bulgan boasts a variety of wildlife and landscapes. While the taiga dominates the Northeast, the Center is mostly forest steppes and the South has a semi-desert landscape. There are many small lakes and rivers including the Selenge which is the longest river in Mongolia.  It begins in the Khangai and empties into Lake Baikal in Siberia. On its southern shore stands the Khanjargalant ‘sovereign happiness’ mountain which is part of a strictly protected area for its fauna and its flora.

There are also several extinct volcanoes whose fertile soil enables the development of rich vegetation.
The southern regions of Bulgan are well known for producing the traditional Mongolian drink Airag(fermented mare’s milk) as well as being one of the few areas in Mongolia with arable land.

is a semi-desert 46900 hectare reserve, home to wolves, ibex and various birds of prey. Its protected ecosystem is characteristic of the overlap between the steppe and taiga.
The Khogno Khan granite mountain is located at the heart of the reserve.

In 2003 the reserve became a national park, protected by the State for its educational, historical, cultural and environmental value.

This 80 km long sand strip is located south of Bulgan aimag. There are a set of three lakes which stem from the source, the Shireet Lake.  The landscape is a mixture of the Gobi desert and the Alpine peaks of the Khangai.

It is an ideal place to ride camels especially if you do not have the time to get to the Gobi desert. 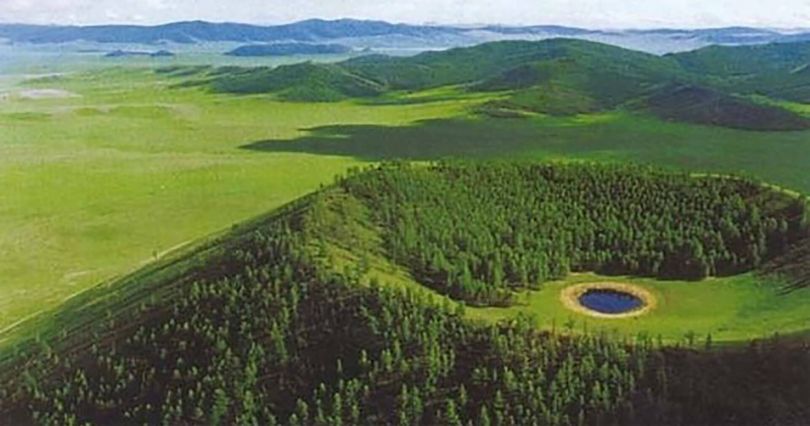 A protected reserve of 5800 hectares, home to three extinct volcanoes including the Uran Uul which means “elegant mountain”.  The volcano is the most majestic and well known in Mongolia. It was active 20 to 25 million years ago and there is an abundant and exceptional amount of flora and fauna.  At the bottom of its crater lies a small lake 1686 meters above sea level measuring between 500 and 600 metres in diameter and 50 metres deep.

A path through the woods, among the Siberian larch, leads up to the Summit which offers a magnificent view of the green and hilly landscape of the reserve.