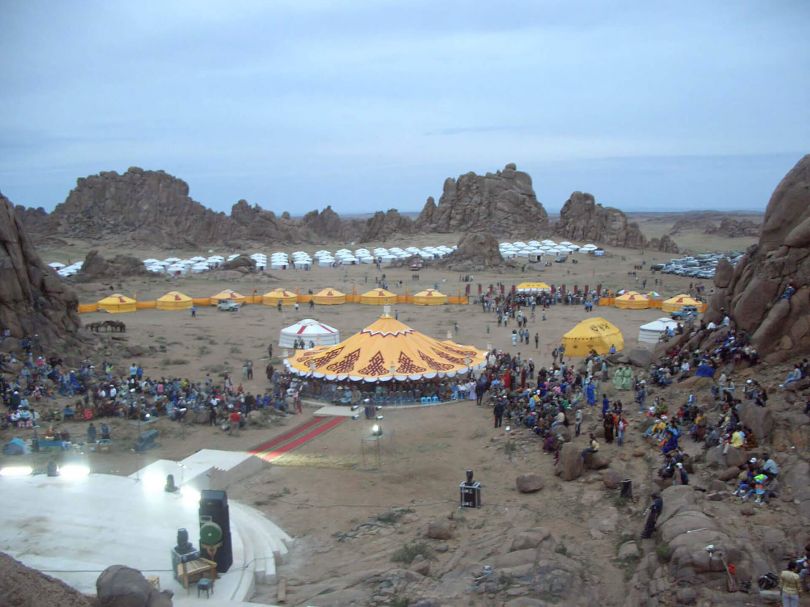 Dundgobi province is located in the extreme north of the Gobi. The province is covered by a typical forest steppe of the Khangai, while the South gradually gives way to the desert. The arid plain of the South is punctuated by reliefs and caves.

This aimag is rather dry, covered in major part by the Khalkhasain plain. There are however a few lakes and springs.
The main attractions of Dundgobi are the mysterious rock formations of the Baga Gazryn and Ikh Gazryn Chuluu. Large granite peaks and winding canyons make this location ideal for hiking. This granite fracture stretches across the aimag from the Northwest to the Southeast.

Rock formations of Tsaagan Suvarga (“white Stupa”)
Roughly 60 meters high and 400 meters long, located southwest of the village of Olziit are the strange rock formations known as the ‘white stupa’. Created by continuous erosion these natural structures are often confused with the remains of an ancient city when observed from a distance. 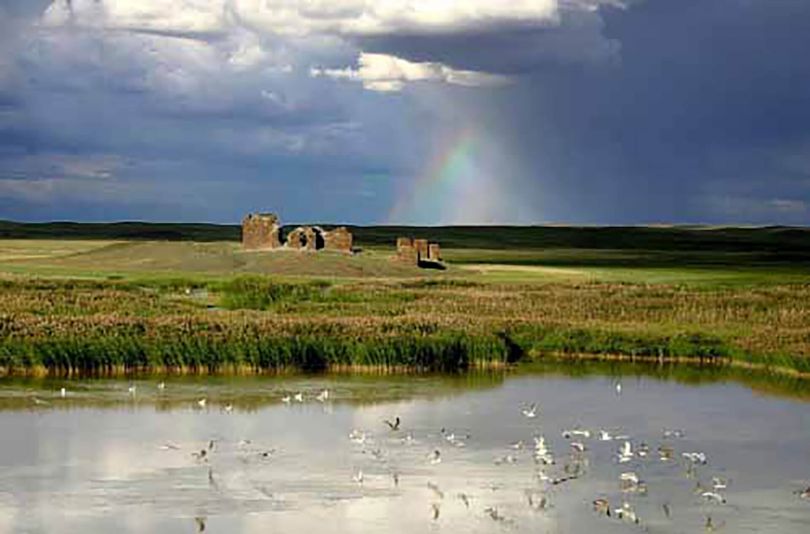 A treat for bird watchers are the ruins of the Sum Khokh Burd temple built in the 10th century . The lake surrounding it appears only after heavy rainfall, attracting partridges, ducks and swans. Although the lake is transient it does have a fragile ecosystem that relies on it.

This granite rock formation lies in the middle of a dusty plain and for a time was a refuge for Zanabazar during the conflict between the Khalkha and the Oirates. The Baga Gazriin Chuluu mountain is the highest in the region peaking at 1770m above sea level.  The location is ideal for camping, consisting of plenty of woodland, hot springs and numerous rocky hills.

A stop worth taking on the way to the South Gobi is Ongiin Khiid. Ruins of two monasteries located respectively on the North and South shores of the Ongiin Gol River. They were built between the end of the 18th and the beginning of the 19th century and was one of largest monasteries in Mongolia, attended by more than 1,000 lamas before its destruction in 1937.

Since 1990, some monks have returned to the ruins, and in 2004 they completed a new but smaller temple on the site.
The nearby hill with a statute of an ibex offers impressive views of the surrounding.