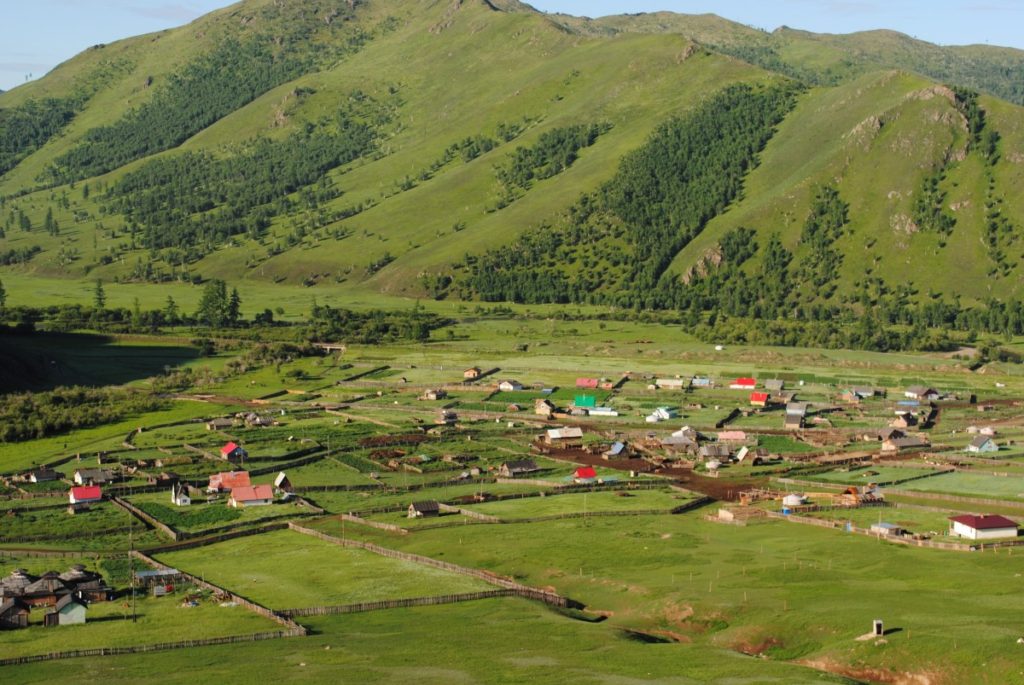 Eleven young visionary pioneers from around the world, including a zoologist, an anthropologist, storytellers, an HIV musician / activist, and seafloor, wildlife and environmental protectors, were named “Emerging Explorers” by the National Geographic for 2008.

The National Geographic Emerging Explorers program rewards and supports adventurers, scientists, photographers and narrators who make a significant contribution to the world’s knowledge through their exploration.

Among them is the environmentalist Mongol Tsetsegee Munkhbayar of Ulaanbaatar, who strives to protect the valuable water resources of Mongolia from unregulated mining by sensitizing local populations and causing legislation.

During his childhood, Tsetsegee Munkhbayar used to keep the yaks on the banks of the Onggi River, one of the largest in Mongolia, on which 60,000 nomadic pastoralists and over a million head of cattle depended. In 2001 this large river was no more than a bed of rocky river completely dried up.

The causes of disaster were the unregulated activities of the mines in the region that had been raging since 1990 and the collapse of the USSR. These mines used high pressure water to extract gold and other minerals, which had the effect of lowering water levels and drying up the area. But the misdeeds did not end there, as these mines emitted toxic elements that contaminated the soil and the little water left in the streams.

Thus, even if he dug wells to stock up, the inhabitants fell on contaminated water. Diseases and drought then forced the region’s population to migrate several hundred kilometers from their homeland.

The effects of the exploitation of these mines were enormous: 1500 rivers disappeared and 300 lakes were completely emptied. The consequences were disastrous: for example, following the contamination of the water, Munkhbayar lost his mother and his son fell seriously ill.

It was then that something more likely to happen happened: a simple nomadic farmer rose up against the powerful mining industry and the politicians who had been acquired. This breeder was Tsetseg Munkhbayar. Conscious that only a nomad who lives in harmony with nature and depends on it, could in turn defend it on the one hand, and that the politicians of his region on the other should not be counted on. took his arm and struggled to mobilize thousands of people.

The one politicians took for a madman and whose industry mocked while accusing him of wanting to sabotage the growth of the country, then managed to reverse the trend thanks to the protection movement of the Onggi River that he co-founded 6 years ago. The government yielded to pressure (or became aware) and decided to strengthen regulation and supervision at the mining level by voting on new legislation. 35 of the 37 mines then ceased their illegal activities and for the first time in many years, the water of the rivers sank again.

Since other such movement was born and it is gathered at the breast of a collective (Mongolian Nature Protection Coalition) under the impulse of Munkhbayar. The latter is continuing its struggle to make the legislation more stringent in terms of environmental protection, but also to compensate those who have been victims of irresponsible policies at the ecological level. Our nomad ecologist has in mind other project of protection of the environment especially in the educational level.

” Nature has no boundaries, ” he said. “We are a landlocked country, but the streams of our mountains flow into the Arctic Ocean and the Pacific Ocean and are the source of many rivers in Central Asia. It is our duty to humanity to stop practices that do not respect the environment and jeopardize our precious natural resources. All of us can make a difference “(translated from the National Geographic website)

Chronology of the movement for the Ongi River

As of 1998, the water no longer flows, Lake Ulann, in the Gobi, is dry.
2001: Ongi River Mouvement begins
2004: Testing was carried out by causing rain artificially at the source of the river, which then sunk 3 days over 250km.
2005: the same types of tests were carried out but this time the rain was not caused at the source. The river sank for 10 days over 300km. That same year, the movement organized a protest march along the river for two months. Thanks to this step all