This province takes its name from the Lake Khovsgol, a jewel of freshwater measuring 136 km long, 30 km wide and 262 m deep. Apart from its Lake, a large part of the Khovsgol aimag is mountainous and covered with taiga.

To the West of Lake Khövsgöl is the Darkhadyn Khotgor (Darkhad depression), a partly marshy area which is home to the Lakes Targan, Narmai and the grand Lake Tsagaan (Tsagaan nuur). To the Northwest, Tundra surrounds the strictly protected area of the Khordol sardag (Khordol glacier). To the East of the Lake, the Khovsgol massif consists of high mountains, forested sloping banks and broad depressions. This part of the province is traversed by several rivers full of fish.

Southeast of Tsagaan nuur, carved into the limestone of the Deerkh river canyon is the 24m long cave of Dalal Deerkhiin Agui (“supreme contemplation cave”). Cavities and stalactites decorate its walls. 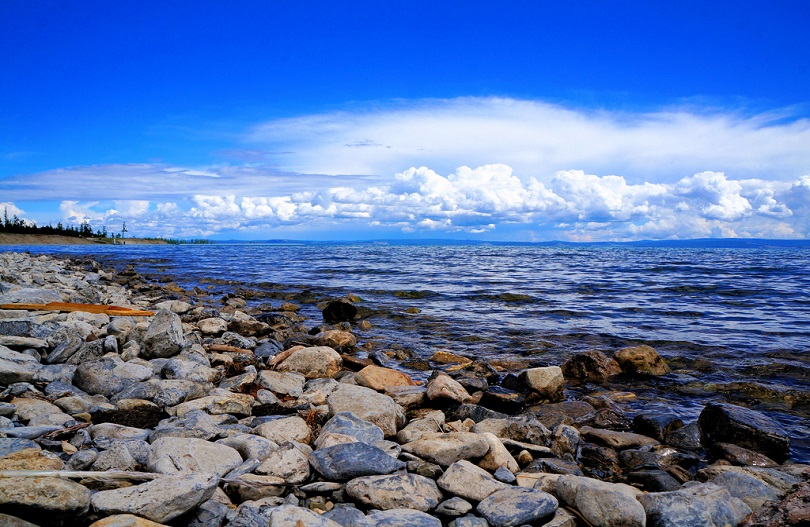 One of the most beautiful sites in Mongolia!
Imagine a 2760 km² Alpine Lake whose water is so pure that it is possible to drink it directly!

Surrounded by forests of pine and larch, mountains of more than 2500 meters above sea level,  Lake Khovsgol offers breathtaking scenery and is one of the most sought after destinations for tourists and locals alike.

Chandman-Ondor is one of the most scenic villages in the country. Consisting of log cabins and a field for horseback riding, the village is surrounded by beautiful streams as well as forests with an array of wildflowers.

Vast plain punctuated by meadows, forests and lakes, the Darkhad depression is located 50 km West of Lake Khovsgol. It is home to the Tsaatan (Reindeer) people who still retain their traditional way of life. It is also an authentic and very important location to Mongolian shamanism.