There is a common misconception among people that Mongolian is similar to Chinese or Russian, or perhaps a mix of both. Although it is understandable since Mongolia borders China and Russia, if you were to ask a local whether they speak Chinese / Russian as an official language, it’s a good way to offend them somewhat. 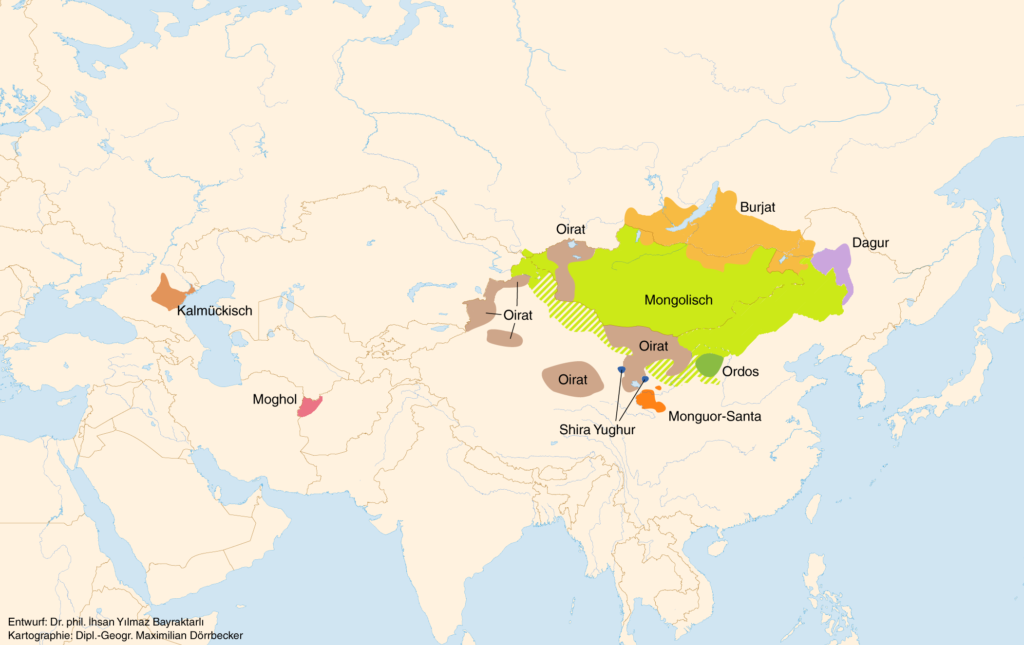 Historically, Mongolia served as Manchu’s colony for about 300 years until gaining its independence in 1911. While influence from the Chinese Qing dynasty certainly had its effect on the Mongolian language, the roots and foundation of the two languages are distinctly different. While the Mongolian language is hypothesized to be of Altaic or Central Turkic origins, Most languages spoken in China are of Sino-Tibetan origins.

While pronunciation of words, grammar, alphabet and pretty much everything is different, you can find some words that mean the same thing and even sound the same. Such as Buuz or spelled “бууз” in Mongolian, in Mandarin Chinese it would be Baozi or “包子”. We’re pretty sure you’ll find some other words that sound similar. However, at the end of the day, Mongolian and Chinese languages are uniquely different from one another.

Since being fully recognized as an independent nation in 1924 with the help of Soviet Russians, beginning from 1930 until 1940, Mongolia officially adopted the latin alphabet. However, due to USSR influence, the latin alphabet was dropped in favour of the cyrillic alphabet, mainly due to Mongolia wanting a better alliance and relationship with USSR.

And here comes the second most confusing aspect about the Mongolian language. A lot of people see the Mongolian cyrillic writing and assume, Mongolians use “Russian” letters, however, the cyrillic alphabet was first introduced in Greece by Cyril during the 9th century which slowly spread across eastern Europe and western Asia. 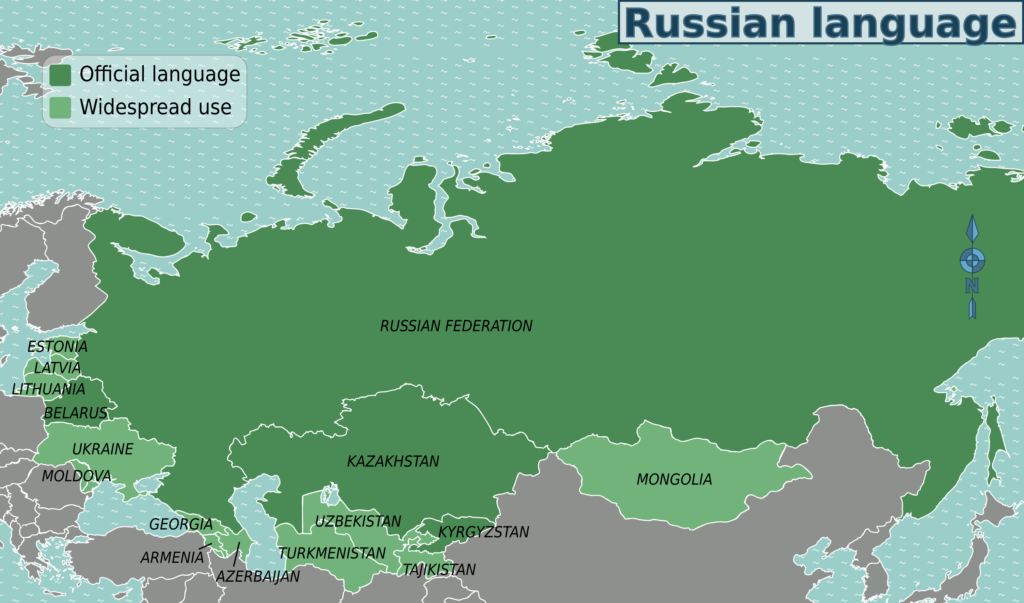 While most languages that use the cyrillic alphabet is somewhat related to each other and a derivative of a root language, the Mongolian language itself again has a different root and a different origin from the Slavic languages. Though most Slavic people will be able to read in cyrillic Mongolian, the pronunciation is different and it would make no sense to them.Mongolian language would still require a significant amount of time for both Mongolians and Russians to learn each other’s language fully since grammar, sentence structure, etc are very different. In addition, Mongolian cyrillic has 2 extra letters compared to Russian cyrillic, Ө (sounds similar to “u” in ugh)  and Ү (sound similar to “oo” in moon.

You will however notice a lot of Russian words that were adopted into the Mongolian language moreso than Chinese words. A few common examples: Mashin “Машин” for car, Televizor “Телевизор” for television and much more.

So next time you visit Mongolia or come across a Mongolian, impress him with your knowledge of the Mongolian language and its changes throughout the years.