Omnogobi is the largest and least populated area of Mongolia. Due to its arid climate farming is nearly impossible. It is one of the windiest, warmest and driest provinces in the country. In some areas, among the sedimentary deposits paleontologists have discovered numerous fossils.

The Gurvan Saikhan of the Gobi-Altai Mountains in the South of the aimag, form a natural border with China. These three mountains and their surroundings are a protected natural park where the development of ecotourism is being encouraged. 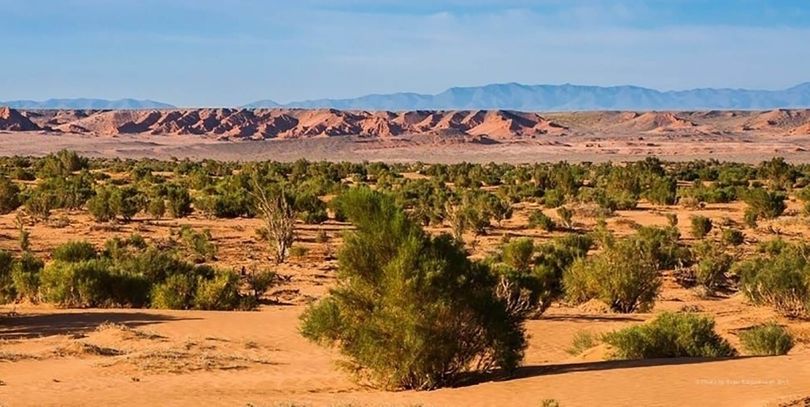 The fascinating “Flaming cliffs” were discovered by paleontologist Roy Chapman Andrews in 1922. A variety of dinosaur fossils have been discovered in and around these parts, some of which have been exhibited internationally. This unique mixture of rocks, red sand and bushes have a strange beauty that is worth seeing. 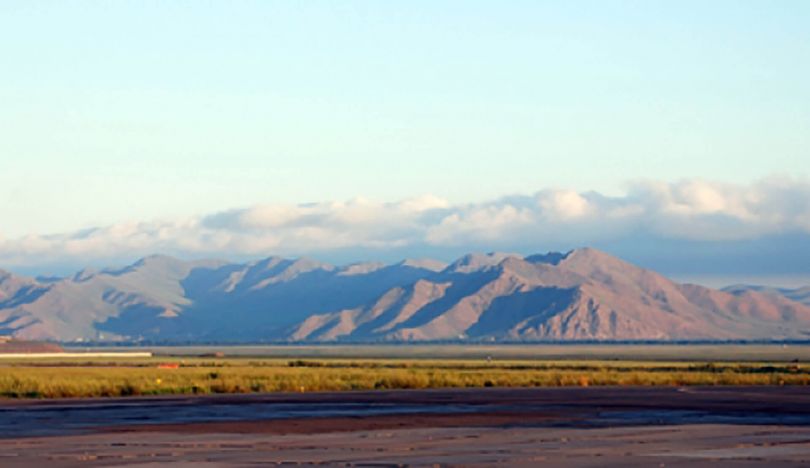 At the heart of the Park, rests the Valley of Yolyn Am (“mouth of vulture”), located south of the city of Dalanzadgad, in the western part of the Gurvan Saikhan mountains. Created to protect the Avian fauna, this area is best known for its cliffs and narrow canyons where the ice remains all through the summer. 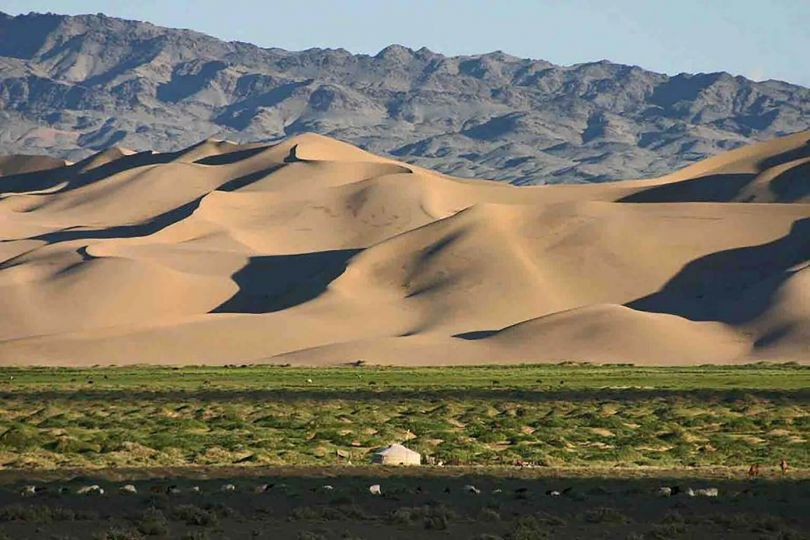 The “singing dunes” are the most impressive in Mongolia. They roughly measure up to 300m in height, 12 km wide and 100 km long. This extraordinary place gets its nickname from the sound produced by the masses of sand as it is blown along by the wind.