North of the Ovorkhangai province lies the slopes of the Khangai mountain chain; to the south is the Gobi desert. The north has many lakes and rivers taking their source from the Khangai, and is also host to more than 48 extinct volcanoes which have left magnificent lava flows and basaltic plateaus.

Built in 1220 on the banks of the Orkhon River the ancient capital Karakorum was completely razed by Ming troops in 1388. However there are remnants of some of its opulence among the ruins: two turtles in granite, the foundations of a Palace, stone lions, two phallic columns and some traces of irrigation canals. 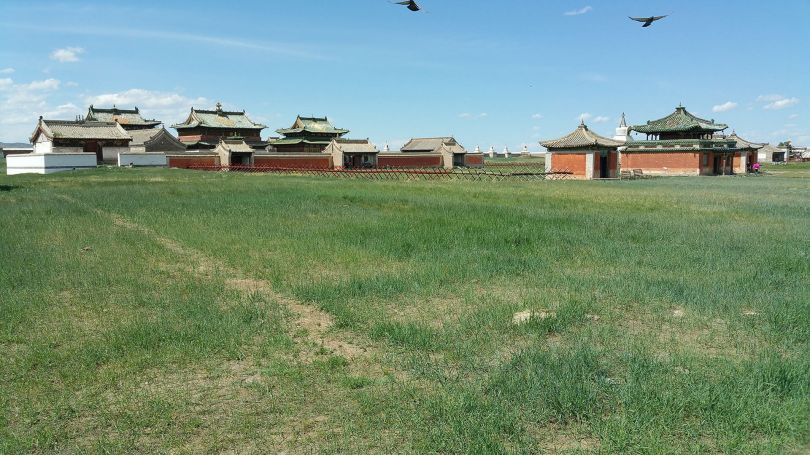 A UNESCO world heritage site located in theOvorkhangai province, adjacent to the ancient city of Karakorum. The Erdene Zuu monastery is probably the oldest Tibetan Buddhist monastery of the Gelugpa School in Mongolia. The monastery was built in 1585 by Abdaï Khan outside the walls of the ruins of Karakorum, after the introduction of Buddhism in Mongolia as a state religion. The stones of the ruins were used in its construction. It is surrounded by a wall with 108 stupas (108 is a sacred number and is the exact number of beads in Mala Buddhist rosary beads). The monastery was damaged by warfare in the 1680s, but was rebuilt in the 18th century, and then in 1872. It included a total of 62 temples.
For centuries, Erdene zuu monastery was the most important religious shrine of Mongolia. However it was a victim of the Communist purges at the end of the 1930s , after which only the exterior wall with its 108 stupas and three small temples remained, later transformed into a Museum in 1947.  A researcher claims that US president Franklin Roosevelt might have pressured Stalin for the Monastery to be spared from total destruction.
Until 1990,  Erdene zuu monastery was able to exist as a Museum and it is only with the fall of Communism that it was handed over to the lamas and become a place of worship once again.
Today Erdene Zuu remains an active Buddhist monastery and a museum visited by tourists.

This valley is home to the Orkhon River, a tributary of the Selenge river.  A UNESCO world heritage site of many archaeological relics including the inscriptions of the Orkhon (dating from the 7th to the 10th century) and traces of ancient Turkic languages (old-Turkish, used by the Göktürks), nicknamed the ‘Orkhon Alphabet’ by archaeologists and linguists.
An area of approximately 1,220 km2 was selected for preservation by UNESCO for its historical past. It includes the site of Karakorum, the ancient capital of the mongol Empire and the ruins of the Uyghur Khanate, Khar Balgas. The scientist Pyotr Kuzmich Kozlov has also found several Hunnic imperial tombs in the Valley.

The Orkhon falls (24m in height) 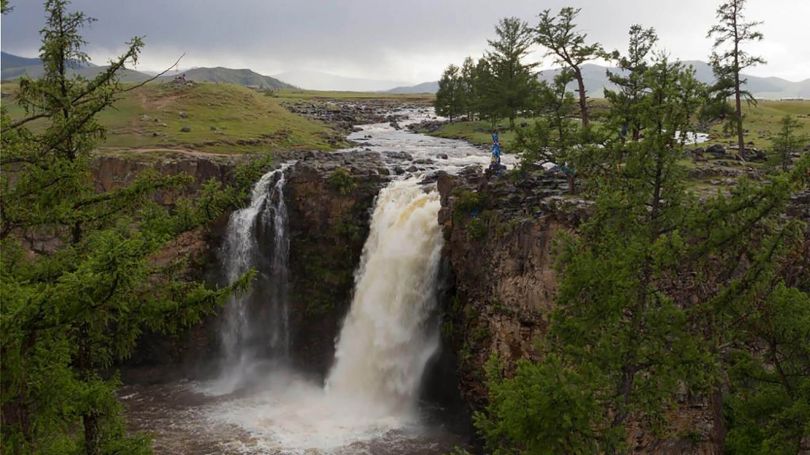 While the convergence of the Ulaan Tsutgalan River (‘red confluence’)  and the Orkhon river provides the water, the terrain Orkhon falls was formed 20,000 years ago through a unique combination of earthquakes and volcanic eruptions. 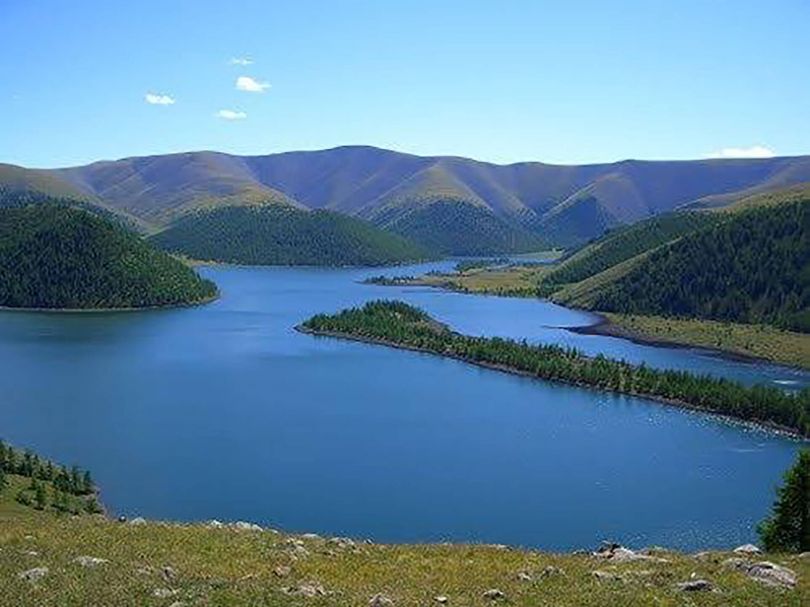 A 11,500 hectares of protected mountainous area home to the serene Shireet Lake and other smaller lakes which derive from the Urkit River. Under the watchful gaze of volcanoes the lakes sit at 2500 meters above sea level. The national park also includes Alpine sous-prairies, as well as coniferous forests (pine and Siberian larch). In the North you can find valleys littered with volcanic debris. 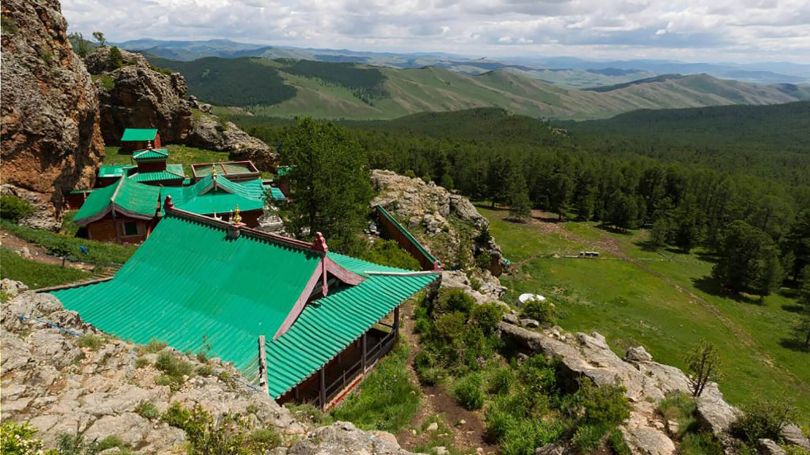 Built in the 16th century by Zanabazar, the first religious leader of Mongolia, the Tovkhon monastery is located at the top of a forested mountain where you might find caves that were used for meditation. To get to the monastery, an hour of hike will take you through a beautiful trail in the heart of wooded mountains.