Today, Mongolia has a parliamentary system. Representatives are elected by direct universal suffrage with a four-year term. The Great Khural has 76 seats.
Presidential elections take place every four years. Currently the president of Mongolia is Haltmaagiin Battulga. 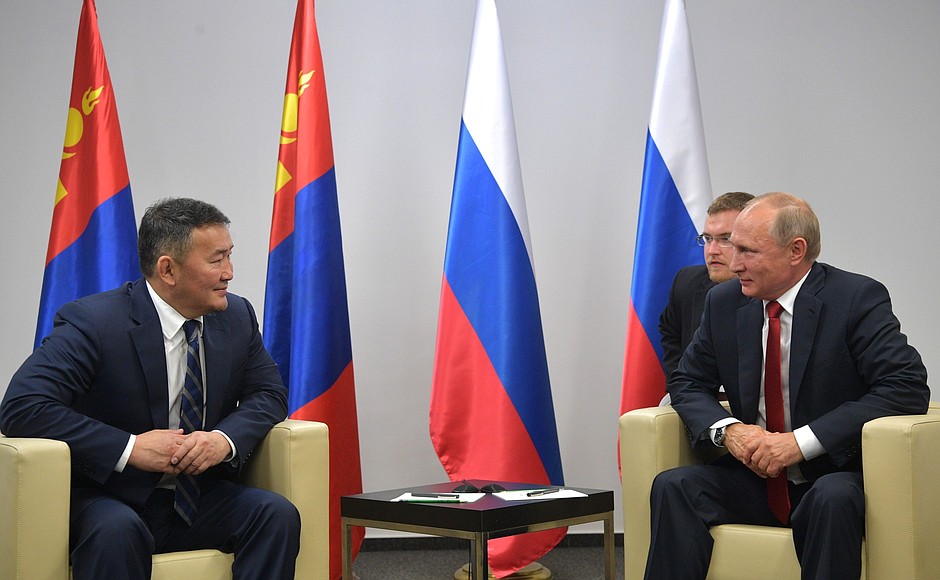 In the early 1990s, Mongolia abolished the old political and social regime and began to establish a new democratic system. As a nation with a tradition of 2,200 years, Mongolia had solidly prepared its ground towards a free market economy by these political changes. Mongolia has applied the model of the developed countries of the world with a democratic legislature, in accordance with its specific mechanisms and national traditions. During discussions over a draft constitution, the public expressed the wish that “Mongolia should follow a democratic and parliamentary form of government” and this was reflected in the constitution which entered into force on February 12, 1992.

The political system of Mongolia is divided into 22 main administrative units comprising 21 aimags (regions) and one capital: Ulaanbaatar. All are governed by ‘Khurals’, or elected bodies. The populations of Aimag range between 12,500 and 122,000 people. A aimag consists of 27 ‘soums’ (village), including the center of aimag. Soums (villages) in turn are composed of ‘baghs’ (common). In Mongolia there are 331 soums and baghs 1550. In addition the capital city, Ulaanbaatar, is subdivided into 121 areas called ‘khoroos’.
In the country, the center of the aimag is the administrative headquarters of local government, and the home of legal agencies, theaters, hospitals, businesses, schools and industry. The bulk of the work of the people of aimag are: industry, small business light business services. The populations of Bagh tend to work in agricultural animal production. The residents of Baghs mainly lead a nomadic life. They migrate with their herds according to the change of season and weather conditions. Typically their seasonal camps are placed within the borders of their sub and bags, however droughts, dzuds, and other natural disasters, can push them to different areas.