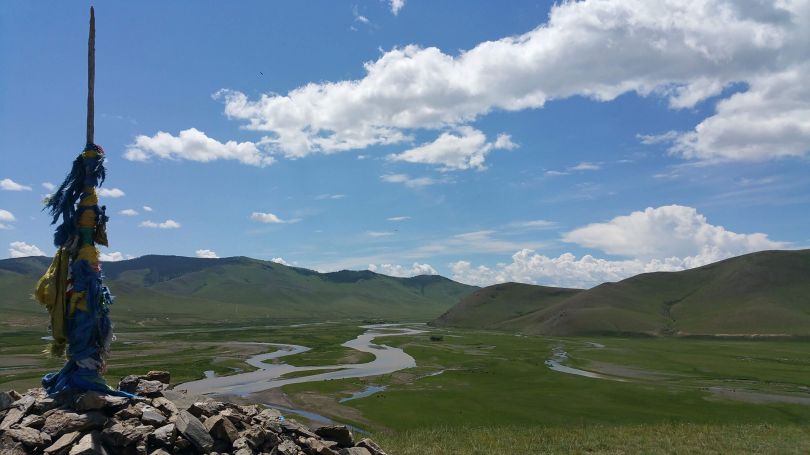 Long ago, people of the steppe and the taiga believed in the realm of spirits. The shamans of the time did not see a boundary between the world of the living and the world of the dead. They believed that terrible things would occur, if people became ignorant of their umbilical connection to nature.

The shaman was the intermediary between the world of men and of the spirits. They communicated with the latter during trances that lasted for several hours.Shamanic beliefs have influenced many cultural and social practices in Mongolia. It is common to see Mongolians hanging blue scarveson the “ovoo”. The “ovoo” are used to collect the offerings made to the spirits. It is customary to leave an offering on the “ovoo” while walking around it three times in a clockwise direction.