FROM THE LAKE KHOVSGOL TO THE ORKHON VALLEY

When you book with an account, you will be able to track your payment status, track the confirmation and you can also rate the tour after you finished the tour.
Sign Up

Or Continue As Guest 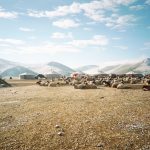 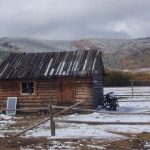 EXTREME WINTER TREK IN THE THE KHENTII

Between the crystal clear water of Lake Khovsgol and the vast plains of the Orkhon valley your heart balance. This 15 day 4WD tour lightened by an internal flight, perfectly combines the discovery of these two magnificent regions of Mongolia while maintaining reasonable route kilometers.

Just hours after departure of Ulaanbaatar, you already enjoy the fresh air of Lake Khovsgol and its Siberian landscapes breathtaking. You relax on foot or horseback along with pure water extending to the horizon.
You then leave this atmosphere of “Far North” with her taiga, high mountains and wooden huts to immerse you in the heart of a very different mongolia: that of the great steppes, gers and cattle-breeders.
Stay overnight at the hotel

Difficulty: 4/5 – Sports Travel!
Average: 5 to 6 hours of walking a day, mostly off-trail or on rough terrain. Up to 25 km a day so little gradient.
Ascents: be prepared at relatively long climbs. Max. 1000 m of elevation gain during the day.
Altitude: 3000 m.
Portage: small knapsack for picnic, water and personal belongings, the rest is carried by pack camels.
This trek presents no technical difficulty, but requires good physical condition and experience of hiking in the mountains.
Also: the itinerary may be slightly modified depending on the location of the nomad camp of Davaa’s family. We will remain vigilant to maintain maximum balance in the intensity of hiking days. 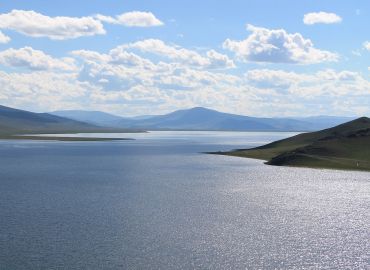 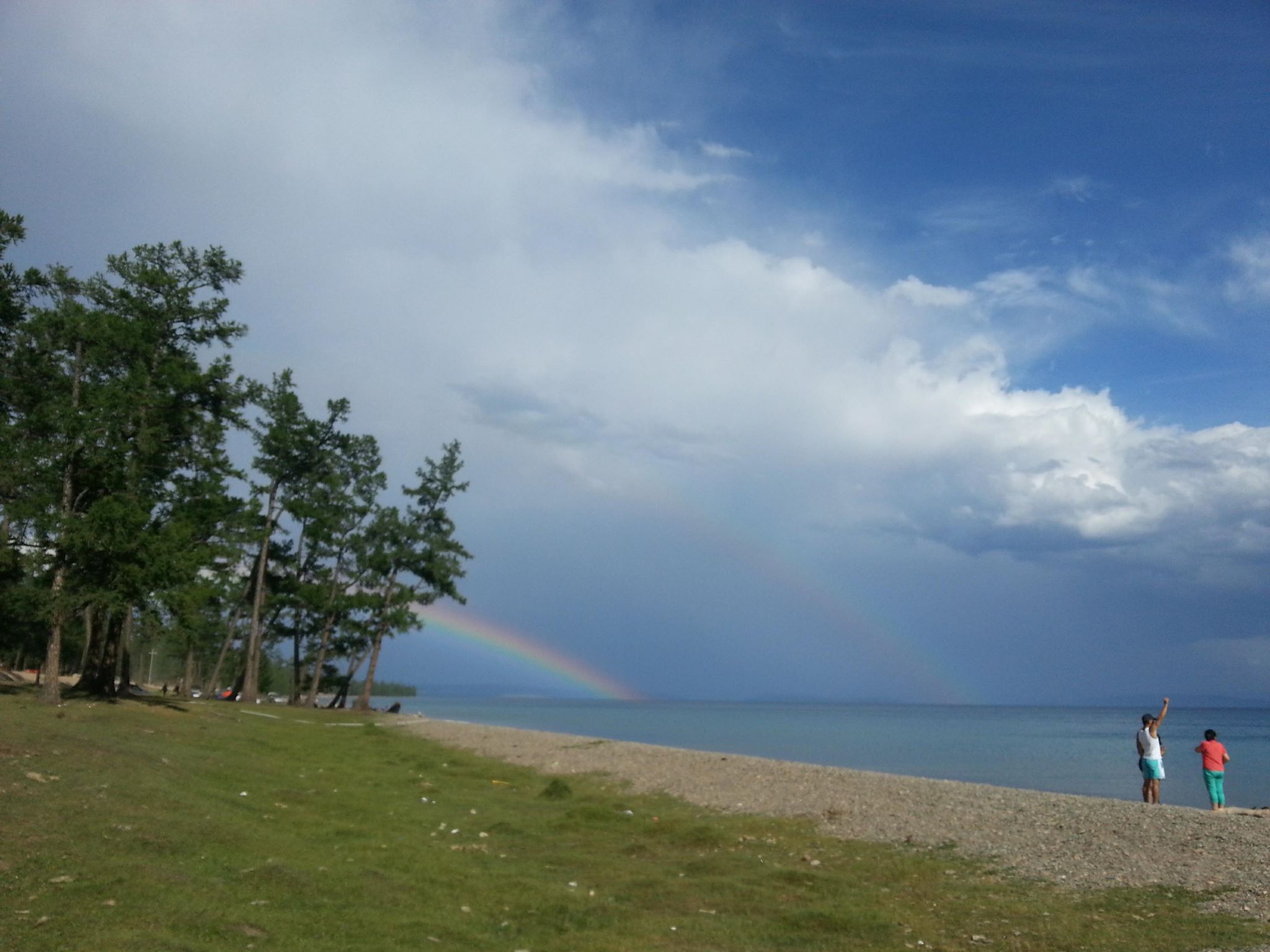 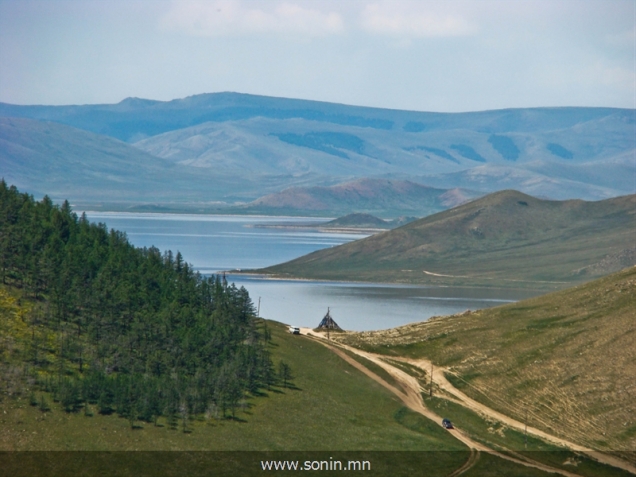 Arrive in Ulaanbaatar the capital city of Mongolia. Our driver and guide will help you transfer to your hotel. The city tour of Ulaanbaatar takes you through some of the principal sights of this unique city. You visit the Gandan Monastery. Your tour also takes you to the Chinggis Khan monument on the Chinggis Khan square and the Museum of National History. In the evening, you will enjoy a Mongolian folk Music and Dance Performance. Then welcome lunch in a Mongolian restaurant.

Flight to Moron, capital of Khovsgol province. We meet with our driver /s/ and from the airport drive the 2 hours to Khatgal, the gateway to Khovsgol National Park at the southern end of the lake with same name. Khovsgol is one of seventeen ancient lakes in the world, being more than 7 million years old, and the most pristine, as well as being the most significant drinking water reserve of Mongolia. This National Park is home to a variety of wildlife such as ibex, argali, elk, wolf, wolverine, musk deer, brown bear, Siberian moose, and sable.
We crossing the river Eg over the old wooden bridge. Our camp will be close to the lake shore.

Today is free day on the shores of the Lake Khovsgol. Horse riding on the beach or walk between forests of pine and larch trees, in the middle of herds of yaks and sheep. At the edge of the lagoons you will find constructed wooden huts where lives cattle-breeders of this region.

Drive to the Lake Terkhiin Tsagaan, or the “Lake White”. Two day the trail winds through the hilly and mountainous landscapes covered in coniferous forests. Beautiful tent camping in the middle of a wild nature of Khövsgöl. Then tomorrow after crossing high passes and stopping for photography as you wish, you’ll get a beautiful view of the majestic and beautiful Arkhangai region with the extinct volcano, the rocks formed from solidified lava (or magma) or igneous rock.
In the evening, staying overnight at guest ger. Our camp will be close to the lake shore.

Climb to the foot of Mount Kharkhiraa glacier. You move on stony ground, slightly unstable. We will cross a pass to reach the open Kharhiraa plateau, a plateau surrounded by glaciers. Those glaciers are the sources of the Kharhiraa River. Magnificent view of Mount Kharkhiraa and several mountain lakes. Also, you will see snow-capped Mount of Tsambagarav culminating at over 4000 meters, a hundred kilometers away. Return to the tent camp.Today we will visit the lake and go up the Khorgo volcano. Wonderful views of the lake with 20 km long, 61 km2, which was formed by dam of lava flows from volcanic eruption many millennia ago. Observation of endemic plants growing on basaltic plateaus. Also, you can visit the Hell of Yellow Dog, Ice Hole and the Youth Cave that are pretty impressive!

In this morning, after breakfast drive to the canyon of Chuluut river. This canyon from basalt was formed of lava of nearby extinct volcano such as Khorgo and others with combination of earthquake. The canyon stretches 56 km in long, and above 60-70 m in high. The Chuluut or “Stony river” is the westernmost river and flowing down through the valleys of the Khangai mountains in central Mongolia. Also, this river is also renowned for its fisheries. Since most of it can´t be accessed unless you are in a canoe there are some good opportunities to enrich the menu with fresh Lennox trout. In the afternoon free time for relax. Walk around the area.

Tsetserleg or “Garden” is capital of Arkhangai province. One of beautiful city in country was founded in 1631, when the Zaya Gegeen’s monastery was built with the initiative of Zaya Gegeen just in front of the huge granite massif known as Bulgan Uul (1950 m). You will visit this monastery, now is local musieum. Also, you walk through the city, local market, photography as you wish. Then lunch in the city.
In the afetrnoon, staying at the guesthouse.

This morning we drive to the Tsenkher hot spring. After having a rest you can hike along the surrounding forested mountain and in the evening enjoy taking a hot spring bath. Tsenkher hot springs have healing properties notably on articular diseases and nervous system’s diseases. Curative water and amazing nature featured by wooden mountains make this an excellent place for relax. Night bath is great. Sitting in the pool drinking while seeing stars at the dark sky is one of the favorite activity in here.

You get to the heart of the typical Mongolia: green plains dotted with gers smoking, flocks, nomads mounted on their sturdy little horses. The Orkhon valley is one of the most populated Mongolia, because this region has fertile soil.
In the afternoon, we will arrive to the waterfall called Ulaan Tsutgalan. Enjoy spectacular view of the waterfall and surrounding area. This waterfall drops into 25 km volcanic crack thus forming the 24 meter high waterfall of Ulaan Tsutgalan.

After breakfast drive to the buddhist hermitage Tovkhon, nestled on the wooded foothills of the Khangai. This small temple with the name “Tovkhon” or “Duvkhen” by Tibetan, and “Temple of Creation Work” by Mongolian was built by Zanabazar in 1654, the first religious leader of Mongolia. Walk through the wild forest with beautiful landscape.
In the afternoon, drive to the Kharakhorum. This ancient capital of Mongolian Empire was built as far back as the 8th century, and was the city of Khyatan with the name “Takhil Shivee”. Only in 1220 Chinghis Khaan declared it as the capital city of his Empire. Until 1235, Karakorum seems to have been little more than a ger town, and Ögedei Khan gave the decree to build the Karakorum. After the collapse of the Yuan dynasty, in 1388, Ming troops took and destroyed the town. Visit the Erdene–Zuu, the first buddhist monastery in mongolia. Abtai Sain Khan, ruler of the Khalkha Mongols and grandfather of Zanabazar, ordered construction of the Erdene Zuu monastery in 1585 after his meeting with the 3rd Dalai Lama.

Arrive in Elsen Tasarkhai or “Little Gobi”, erected in the middle of the plains. You can have an optional camel riding on the sand dunes. The ecosystem of this park is particularly interesting, because the steppe and the taiga meet here. So, we can find a fauna and a flora that are characteristic of these two ecosystems, and also some wonderful landscapes, with the granite formations of Khogno Khan.

Drive to the Khustain Nuruu. It’s our last stop on the way. Khustain Nuruu National park is famous for the successful reintroduction project of the Takhi or Przewalski’s horse. Walk through the forests of larch and observation of these semi-wild horses in their pasture in the evening.

Drive back to Ulaanbaatar. Shop at cashmere and souvenir shops.
Farewell dinner with your interpreter and driver in a Mongolian restaurant.

Transfer to the airport.